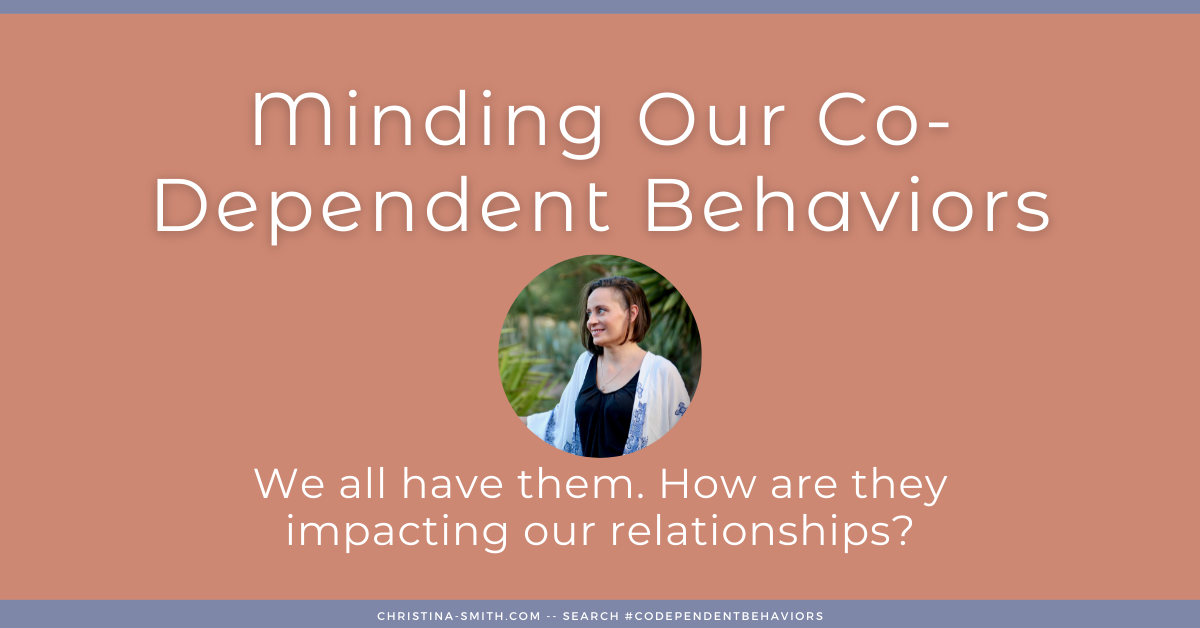 Co-dependent behaviors are part of relationships. We all have them unless we are a true socio-path because we care for other people and it feels good to do good things for people we care for. So as I speak about them, what I want us to consider is the negative impacts on our relationship.

Basically, we're not giving ourselves as much value as others.

I'm not suggesting we do everything our way and disregard others. I'm asking that we give ourselves as much importance as others.

Trust that they will speak up for themselves too. We need to give people credit for being able to ask for what they want. In fact, we could save a lot of hurt feelings and inner stories if we had this honest communication and trust.

We have to remember that co-dependent behavior is not about solving their problems. We do it because we want to be comfortable. And often we feel like we can't be comfortable if someone else isn't.

As much work as I do on myself, I still find myself trying to solve problems my husband doesn't even have.

In the last few months I've had pain in my hip. It comes suddenly and then I have to be still.

One Sunday, I had big plans to make a great dinner and dessert. Of course, that's when the pain came… shortly after I started. My husband jumped in and took over so that I could sit down. I flipped on the TV while he buzzed around the kitchen and asked me the occasional question about what to do next.

Then they hit me. The stories of how my husband had other things he wanted to do or maybe he wanted to rest too. Now my pain is impacting his day and he's spending it in the kitchen. And why am I in pain? Why haven't I called this doctor yet? Now because I'm too lazy to make an appointment, my husband has to come save me again and do more housework. I'm lazy. He does a lot. He must get angry having to do so much… and on and on.

I started telling him how bad I felt and that he could just not make the food and put it away. I felt really bad for him.

But he was fine. In fact, unlike me, the kitchen is a place my husband likes to be. So while I'm feeling miserable about having to upend his day, he was feeling like he had a good reason to blow off what he was doing and make us a good meal.

I was sad and felt frustrated for him that he didn't even feel himself. I wanted to relieve him from responsibility because it was uncomfortable for me.

That's co-dependence. I can't be okay unless I know everyone around me is happy.

It also says that I don't trust my husband to speak his truth. It's his responsibility to decide if he wants to takeover cooking or not. He can speak up for himself.

Here's another example about how messy co-dependence can get…

My husband has co-dependent behaviors too.

When I am frustrated or angry, his inner hero wants to jump in and solve the frustration. It will often jump in and fix something that I didn't need fixed (I just needed to work through it).

Then I'm still frustrated because it takes a while to let go of, but now my co-dependence is that I now feel pressure to be grateful on top of my frustration because he tried to help.

As you can imagine, this didn't leave either of us really happy -- it actually created a bigger ick situation that left me feeling even more frustrated.

When I am frustrated, he goes silent -- at least on the outside. I'm sure he's holding back his inner hero on the inside. He gets his own stories about how I might get angry at him if he doesn't jump up to solve my issues, but he holds back because he trusts that I will ask for what I need. I'm not a damsel in distress or helpless -- sometimes I just need to have my feelings and then deal with it.

I also don't assume he will jump in and save me without asking.

It's been great because he no longer has to guess how to solve the problem and I don’t have to pretend to be grateful for a fix I didn't want.

So if any of this seems even vaguely familiar, you might be wondering, what can I do about it?

We can ask ourselves some questions:

Again, this isn't about not doing nice things - but it's about recognizing that you are doing them to solve your own emotional and mental comfortability.

The solution is simple: clear communication.

Ask a lot of questions. Do you need help? How can I support you right now?

Then mind your own mental and emotional body.

You might try checking in with your Maiden archetype. She's the one who is worried about fulfilling the world's expectations. She's young and innocent and that can often bring us back to people pleasing from our childhood.

Let her know that it's okay to ask for what she needs. It's okay to be okay even when the people around you aren't.

And then tap into your Crone. She knows that situations and frustrations pass. That with some time and space, we can see the big picture and moments of discomfort will pass. She's wise and grounded. Visualize her and see if she has any wisdom for you.

Communicate what you want and ask how you can support. That's your only responsibility.

Check out my signature coaching program, Confident, Connected & Impactful and make huge changes to get the clarity and show up the way you want to. This content came straight from our coaching portal.

What are your superpowers in relationships? 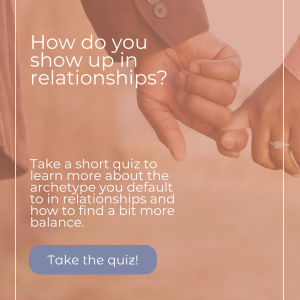 Find out with a short quiz that will point out your gifts and offer some places to get curious about... 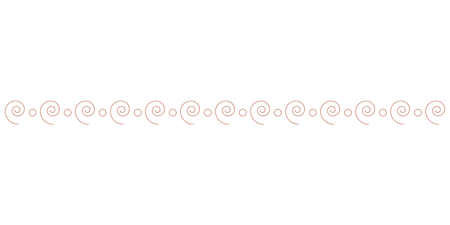 Get the tools and perspectives you need in under a minute a day!

Tune in for more confidence! 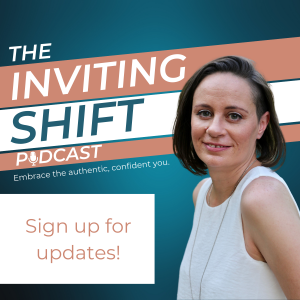 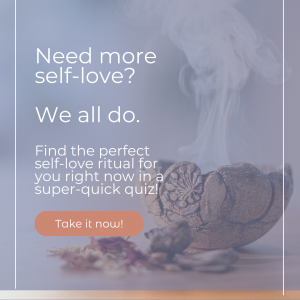